In 1873, the California Legislature enacted Penal Code 330 which outlawed the game of “21” throughout the state. Although this statute is still in effect, Native American Indian casinos currently play “21” under authority from the Federal Indian Gaming Regulatory Act. No such luck for the 237 legal card rooms and casinos throughout California owned by non-Native American Indians.  So in 1989, I invented, patented, copyrighted, and trademarked “California Blackjack”. My game is played to “22” points and a Natural is two aces, rather than ace, ten-card. House banked games are illegal in California so players compete against each other, instead of the casino itself. California Blackjack has been licensed to card clubs and casinos throughout California since 1990 and has generated hundreds of casino jobs, over $4 million annually for municipalities where the game is played, and tens of millions in revenue for the casinos.

The success of the Blackjack game enabled me to pursue my lifelong dream of planting a vineyard and building a winery as a sole proprietorship, hence, Blackjack Ranch.

It is my goal to produce wines at Blackjack Ranch that are both pleasurable and memorable. The property is planted with syrah, merlot, cabernet franc, cabernet sauvignon and chardonnay. Rootstocks were selected primarily for low yields. The topography ranges from level to treacherously steep, with blocks such as Billy Goat Hill, Suicide Hill, and Hamburger’s Hill (named after a Black Angus with which that hill was once shared). Blackjack Ranch began production in 1997 with the 1997 Harmonie and the 1997 Chardonnay Reserve. Both of our first two releases were awarded 90 point scores from Robert Parker in The Wine Advocate. We are not aware of any other winery that has ever debuted with a red and a white both scoring 90 or better.

We have welcomed visitors to our tasting room since it opened on December 31, 1999. 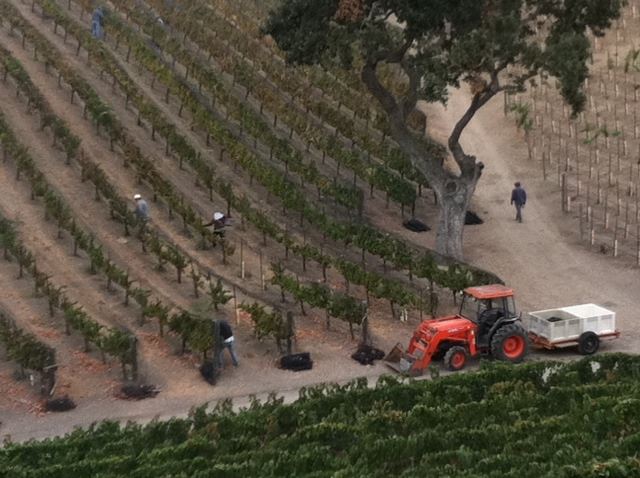